Kudo Banz provided me with product in exchange for my honest review. All opinions are 100% my own. 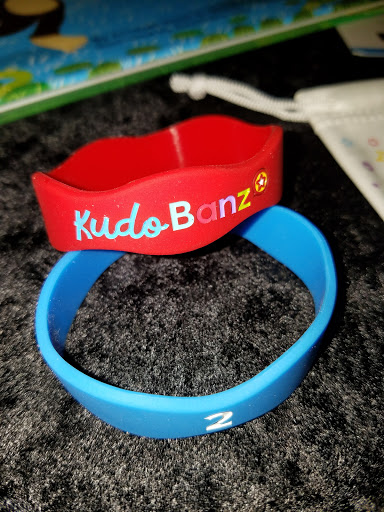 This fall, The Bigs went back to school and learned about their new rewards program – SOAR. Instead of moving from green to yellow to red [on a behavior chart], they now have to earn four levels of getting caught being good.

I was surprised when the kids came home complaining about this. “It’s going to be too hard” and “It’s not fair” rang from their throats. I shook my head. Did our time giving Kudo Banz a try this summer not teach them anything? I reminded them of earning their Kudos and they quickly quieted down. And in the three weeks since school’s started? I haven’t heard another word. I think it has worked – Kudo Banz set my kids up for success with this new program!

What Are Kudo Banz

Since we haven’t talked much about the Kudo Banz, you might be wondering what I mean by this. A “parenting game changer”, these are wrist bands that kids wear then earn charms (Kudos) throughout the day for doing good things. Think of it as a sticker chart but constantly there as a reminder.

When the child earns three Kudos, they scan the QR code into an app (on a parent’s device) that then allows them to spin a reward wheel. These aren’t necessarily toys or treats, they are extra things that you and your child plan to add to the wheel together. (Our kids asked us to customize the wheel with things like “family dance party”, “make a YouTube video”, and “one on one time with the twins”. Your child can add whatever they want and even include a photo!) 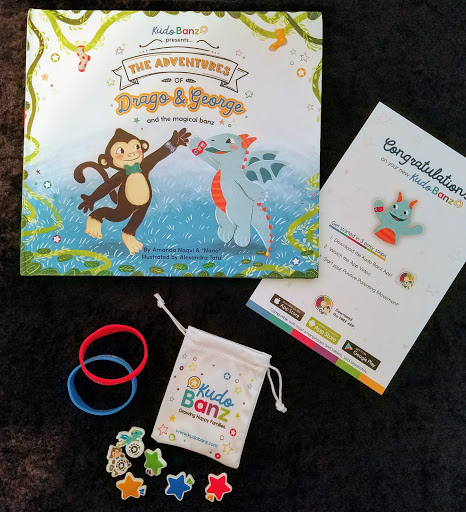 There is a starter kit that has two Banz and a few star Kudos, but then you can also order additional Kudo collections to add to their fun and motivation. My kids opted for the Pirate and Princess sets (but of course) to motivate them.

Amanda and Hamza, whom I got to meet in person at Blogger Bash, know that parenting is a challenging but important job. They created this reward system to combat all of the negative messages children receive (like time outs and being yelled out). The Kudo Banz became a tool they could use on the go and for reinforcing positive behaviors. It worked with their three children, and they’re hopeful other parents will find them helpful!

How Did Kudo Banz Work for The Bigs?

Our experience was pretty positive. The first few days were a bit of a growing pain, but the starter kit we got came with a book that we read a few times as a reminder. This book chronicles the story of two boys who get a visit from their grandma and learn that they need to be good and helpful to earn Kudos…then good things happen. We’d pull it out and read when Evan would get upset that Arianna earned her reward wheel first. But you do not remove a Kudo! No matter how upset he’d get, he got to keep his kudos. We’d just remind him to BE GOOD.

Admittedly, Evan broke his Banz. It was a bit tight to get around his hand, which stumped me because Kudo Banz are made for kids ages 3 and up. The sizing definitely looked like it would have been better suited for the twins, but they aren’t 3 yet. (I agree with this age range for not only size but understanding!)

Because Evan’s broke, Arianna sort of lost interest, but when things start getting tough, I mention them and they both remember the basic concepts. We’ll definitely want to start these early with the twins!

If you are interested in learning more, check out kudobanz.com or get started by adding them to your Amazon cart here. 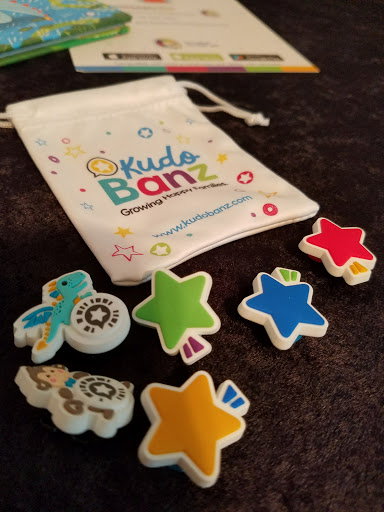