Today’s NaBloPoMo Prompt: Name five things inside your refrigerator right now and how you feel about them.

1. Diet Coke with Lime: For the most part, I’m drinking water…or coffee…but having something just a ‘lil sweet is sometimes just the thing I need.

2. My lunch: It’s all packed and ready to go. I’ve found that meal planning is the way to succeed at weight loss, so I make sure my breakfast, snack, lunch, and snack are all ready to go. This makes me happy.

3. Egg Whites: Protein packing this week, and always as of late.

5. Pickles: There always has to be pickles on hand for this family. We all love ’em.

So, what’s in your fridge? 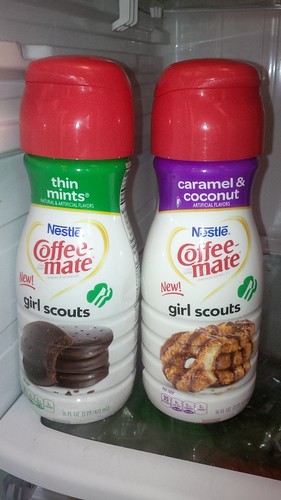 Today’s Prompt: Tell us what you’ve learned so far about daily blogging.

I’ve decided to take a stab at this one via a list of five things.

1. My blogging hasn’t really been inspired by the daily prompts. I need to find time to write about passions, or to post some of the reviews I need to get through. These things inspire me. The daily prompts have been, well, okay.

2. I’ve pretty much been trying to consistently be a daily blogger for 2 years. This practice in NaBloPoMo hasn’t really taught me that. Blogging is like my drug, I kind of feel lost when I don’t do it. But now that I’m doing it, the quality has not been meeting “the Becky Standard”. Quality over quantity should always be the rule.

3. I’m still trying to post my normal stuff. Add a review day in and I post three times a day. My readership, while low as it is, has dropped off since NaBloPoMo, too. Insane!

4. Timing is everything. Here I am at 11:15 trying to push out a post because I promised to be part of something bigger. And I’ve really not left myself the time. Must. Schedule. More. Often.

5. Arianna’s learning about the blog. She’s very proud of her Flipeez post, and wants to do more. My passion is rubbing off on her, and I am quite okay with that.

November 7 Prompt: If you had to switch your first name, what name would you choose and why?

“I learned how to write it when I first started school” – Dierks Bentley, “My Last Name”

If I had to change my first name, goodness, I am not sure why…

Some days, I’ll admit, I really wish my “first name” wasn’t MOM (because oh to the my to the gosh, how many times can one ‘lil child say “MOM” in a 3 minute time period). (Disclosure – but I wouldn’t change being a mom for the world.)

As for “Becky”, it’s not my given first name. My first name is actually Rebecca, so I guess I changed it. Except for legally. Everything is Rebecca, and you wouldn’t imagine the people who do not realize I am the same person when I “accidentally” say Becky instead. My parents chose Rebecca for my name after one of my great aunts; however, she goes by her middle name instead. I wouldn’t say I dislike Rebecca, it just sounds so formal that I prefer Becky.

So, if I had to change it, maybe I’d switch it to “Emily”. My father-in-law thought that was my name, anyhow. It works, I guess. I’d have to share the “fame” with my ‘lil cousin Emily, so maybe that’s not a great choice. But honestly? I really like my name.

So since I am basically stumped by this one, but sure people would change their names if they could, I decided to ask the kids. Arianna said, “Why would I have to change my name? I want this name” and refused to give me a name. Evan said, “I don’t know, DRAGON!”. Valid.

It also got me to thinking…my name has meaning. Greg’s named after Louis Gregory, a South Carolinian Bahá’í (whom there is an institute in South Carolina named after him, which has ties to what brought Greg’s family to SC). Arianna’s name is a combination of “Ari” for my cousin Aaron and “Anna” for my great grandmothers (it was apparently a common name / middle name in my genes). But Evan? We totally went for a vowel name and loved the name Evan. Did we miss the boat to give it some significance, or did we open the doors for him to create his own amazing destiny?

If you could change one thing about yourself, what would it be?

Because I am way too detailed, this question is seriously a toughie.

I can list a zillion things I wouldn’t change about myself. My strength. My faith. My hope. My determination. My dedication. My loyalty (although this one is really tough). My work ethic (again, a tough one right now). My love. My body (even if it goes up or down, it’s still MY body).

The physical stuff really makes no sense to change, I mean, I’ve been changing, so that’s a gimme in a way. My hair has been a piece of work forever. My feet can’t change (sorry, Dad, can’t wait to blog about this one!).

But perhaps I could change how hard I am on myself when any one of the things above slips or doesn’t perform to “the Becky Standard”. It’s true. I have a standard I hold myself too. And lately? It’s not been happening. I’ve let some things slip because all the other things have the priority.

Like this blog. My gmail account is crying. I haven’t checked out my bank account in weeks. Thank God I’ve paid the bills, regardless. I just need to find the right moment to get back in the swing of my new reality.

And I will. Because I just might change being so hard on me.

Thanks, NaBloPoMo Prompt for inspiring me to really think today, even if I didn’t give this post “the Becky Standard”. Smooches.

Prompt: Tell us about your writing space. Where do you write your blog posts?

Truthfully? Anywhere and everywhere. Usually, I am sprawled on the couch, kids in bed, tv on mindless shows. Tonight, I am on my BlackBerry at the kitchen table while the kids finish eating (it’s taken almost an hour to eat dinner tonight). Other times I am on the iPad in bed while Greg watches sports.

One day, when I hit the million dollars, I plan to set up a blogging space. Somewhere to hold products for reviews. Somewhere to file paperwork. Somewhere to store my books. And a nice comfy chair. But for now, I am so glad to have a husband who lets me blog, and kids who inhabit the room I will convert for space.

Best blogging idea place, though? The shower, the gym, and driving down the road. All three places that you can’t just drop everything and blog it out.

Prompt: Who is your favourite character of all time?

This is a super easy one. Nicholas Sparks’ Jamie from “A Walk to Remember”. She reminded me so much of Wendy – the hope, the fight, the love, the dreams.

I remember reading the book the first time. It seems to hit my memory that someone in the family, knowing what we were going through with Wendy, told my mom I had to read it, but that she should be prepared for me to be impacted by it.

Wendy was still alive, but we were at the point of having serious conversations – What church was big enough to hold all of her family and friends? What would her tombstone look like? What would it feel like to lose a granddaughter, a girlfriend, a best friend?

I laughed, I cried, I identified with the pain and happiness throughout. I couldn’t put the book down.

And then, years later, after Wendy had passed and Mandy Moore was cast as Jamie? My heart broke – she looked so much like pre-cancer Wendy. That hair, that happy face. But I went to see it in theaters. I bought the movie version of the book. I bought (and wore out) the cd soundtrack.

And I still want to stand in two places at once. I have a butterfly tattoo. And I’ll always remember my best friend.

Friday, November 1, 2013
If you found one million dollars in the morning and had to spend it by nightfall, what would you do with the money?

I’d start out by searching Zillow for a new house, in the area. We’d spend around $400,000, just to be sure we got what we wanted. 5 bedrooms, 3 bathrooms, a finished basement (with space for couponing, scrapbooking, and playing), a garage for two cars, and a pool.

Next, I’d go to the bank to pay off our cars, current home, and my student loans. Those two moves wipe half of the money out.
I’d take $100,000 and split it up between the Food Bank and Hope Center.

Since I definitely need a shopping spree, I’d take $25K for a new wardrobe (we’re talking great shoes and all) for me, another $10K for Greg.
Chatham, Duke and Clemson would be getting calls next. Arianna and Evan? Your schooling is paid off, regardless of where you chose to end up. Good bye to another $165K for four years for two.

The remaining $200,000 would be spent on getting last minute flights to Vegas for me, Greg, the mancation crew, and the Girls Week ladies plus sitters for all the kids. We’d spend the evening at the spa and PaiGow Table, whatever is our fancy. Limos. Good dinners, and high limit.

I’d wake up the next day, realizing I have future plans (extra money from the Vegas winnings to put in retirement), and amazing memories.

Today’s Prompt: What causes are you connected to?

I am sure it shouldn’t be a surprise to you, but I connect with causes for feeding the hungry, education, equality, domestic violence (and programs that help the kids), and cancer (especially in kids).

Rather than me write more about these causes, I invite you to take a look back at the times I wrote about the causes I am connected to.

Today’s Prompt: Do you connect the most with the past, the present, or the future?

This is another easy one. I connect most with my feelings from the past simply because we cannot know the future, we aren’t sure what impact the present has on us, but we know how the past formed us. Right?

Since I like to not talk too much about the past, I think I’ll just move on…one more day of NaBloPoMo!

Today’s Prompt:  Can you connect easily with your feelings and understand where they come from?

My feelings. Ah. Evan and I are so much the same with our feelings. We easily get hurt and pout and cry. I’m learning to accept my emotions and not internalize everything, but it’s been a long journey of learning. I wouldn’t say I connect with my feelings, nor do I understand where they are coming from.

Do you ever question your feelings? Do you think that feelings are genetic? I see a lot of me in my kids, and I know Greg sees himself. It’s tough to know how one ‘lil thing will impact us when we can’t connect with our feelings, isn’t it?